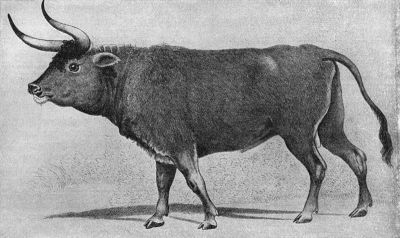 Augsburg depiction of an aurochs. 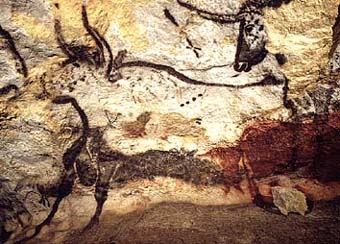 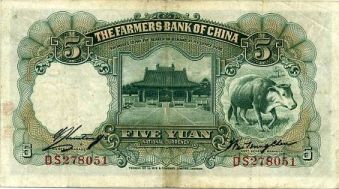 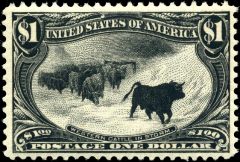 ​Here is the story: Forced to Flee their monastery on  the Island of Lindisfarne because of Viking raids the Monks, taking with them the coffin of the revered St Cuthbert, the Lindisfarne gospels and other treasures had wondered for a century throughout the northeast settling only temporary before establishing a permanent settlement at Durham.

According to the twelfth century chronicler Symeon of Durham  the whole occurrence was the result of divine intervention. He recounts that the coffin of St Cuthbert came to a miraculous halt at Wardon Law, and  no one was able to move it. The Bishop of Chester-lee-street decreed a period of three days of fasting and  prayers to the St. According to the account of St Bede, during this fast a miraculous vision of St Cuthbert appeared to Eadmer one of the monks instructing him to take the coffin to Dun Holm, which would later be called Durham.  Now able to move the coffin they made their way to Dun Holm however they did not know where it was, and asking people they met on the way proved fruitless as no one it seemed knew the location or had even heard of the place. Fortunately they happened to over hear a milk maid asking another milk maid if she had seen her dun cow, which had wondered off. During this conversation the monks heard the other maid mention that she had seen the cow roaming about near Dun Holm. Thus by following the milk maid they where able to find Dun Holm, a wooded Hill located on a peninsula formed by a gorge-like meander of the River Wear, where the magnificent cathedral of Durham stands today. 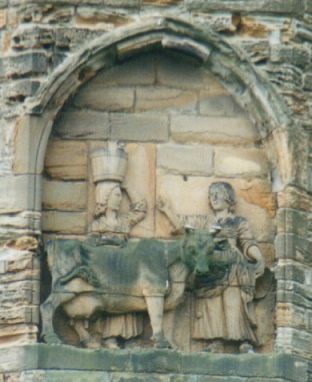 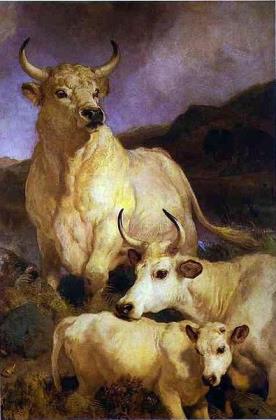 Painting by Edwin Landseer:The Wild Cattle of Chillingham (1867, Oil on canvas)
Important please note:
I am not an animal expert of any kind just your average person who loves animals, all animals, and feels deeply about the plight of many of our fellow creatures. Neither am I a writer, or any other expert. Therefore please keep in mind that the information included in this website has been researched to the best of my ability and any misinformation is quite by accident but of course possible.
Copyright, accreditations and other matters, please read